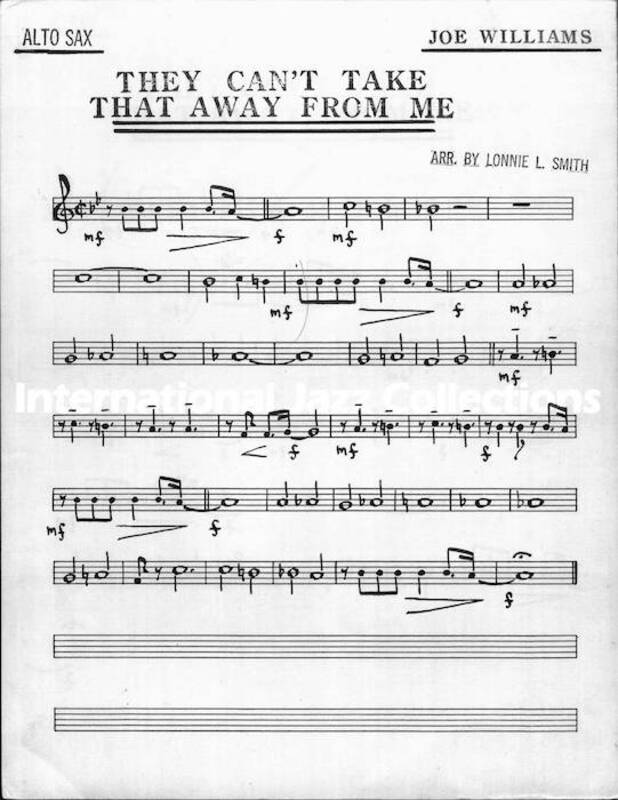 Joe Williams was a vocalist who began singing professionally in the late 1930’s. He worked with the big bands of Coleman Hawkins, Lionel Hampton and Count Basie; it was with Basie that Williams had his first recording hits. Williams won many awards and professional recognition. In the 1980’s he had a recurring role (as “Grandpa Al") on TV’s The Cosby Show. He died in Las Vegas on March 29, 1999.